The diaries, photographs and records of C.E.W. Bean

The diaries, photographs and records of C.E.W. Bean (1876–968) comprise multiple collections relating to his experience as Australia’s official correspondent and historian of the First World War. They document his role as one of the founders of the Australian War Memorial and other civic institutions, and are regarded as fundamental to an understanding of critical aspects of Australian identity and commemorative practices.

The heart of the collection is an irreplaceable set of 286 diaries and notebooks that recount Australia’s part in the First World War. They describe the activities, conditions and experiences of the Australian Imperial Force (AIF) from the perspective of an eye-witness and a journalist who sought the best possible evidence from a wide range of participants, including enlisted men of all ranks, the military hierarchy and political decision-makers.

In his writings and especially in the Australian War Memorial, Bean presented the story of the AIF as a basis for national pride that resonates to this day. Anyone seeking to understand how the newly federated nation of Australia sought to establish its own identity, loyal to Britain but with a distinct national character, must consult these records. 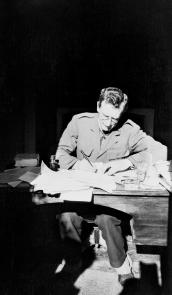