This is a significant primary research collection unparalleled in Australian art. As well as his activity as a Surrealist painter, Gleeson, who died on 20 October 2008 at the age of 92, was also a poet, critic, writer and curator, and was a member of the NGA Council at the time of the interviews in the 1970s.

He brought a perspective to his interviews that provided profound and personal insights into the diverse creative processes, stories and meanings behind some of the nation's pre-eminent contemporary artists' works.

The interviews are accompanied by transcripts and 2000 reference photographs of the relevant artworks in the National Gallery's collection. Originally recorded on audiocassette, the oral histories have been digitised by the National Library of Australia and local Canberra radio station 92.7 Artsound FM. 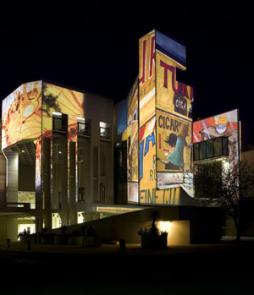