The archives of the Australian Agricultural Company (1824-1995) comprise a business record unparalleled in Australia. The AA Company is Australia's oldest agricultural company. It operated wool and coal industries in the nineteenth century; made important contributions to the development of the cattle and wheat industries and to communications; and still operatestoday. During its long history, the AA Company has conducted its business in New South Wales, Queensland, Western Australia and the Northern Territory; and it also has close connections with principals and merchants in Great Britain and the United States. As well as providing evidence of the origins and development of a nationally significant business enterprise, the archives contain sources on the history of land use, the early history of roads and railways in NSW, interactions between business and government (colonial and national), European-Aboriginal contact, family history and labour relations. The records which have been selected for retention as the Company's archives are the most complete of any body of business records in Australia. 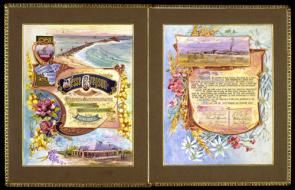