The 1828 New South Wales Census provides a unique, invaluable, and much-used resource. The Census was conducted during November 1828, and was the first attempt at a comprehensive census to be taken in Australia. It was undertaken after it was found that the Governor had no authority to compel free persons to come to muster − the previous means of counting the colony’s population.

The Colony of New South Wales (NSW) then included all of mainland eastern Australia (what now comprises the Australian states of Queensland, New South Wales and Victoria), and Norfolk Island. The census counted most of the colony’s 36,500 convict and free settlers but excluded Indigenous peoples and members of the military establishment. It contains the most detailed information of any census carried out in NSW until Australian federation. It captures a social and economic picture of the colony 40 years after its establishment.

The 1828 Census collection includes the following:

The Census records information for each person (including children) such as name, age, if free or convict, religion, employment, residence, district, total number of acres, acres cleared, acres cultivated, horses, horned cattle, sheep, and sometimes contains additional remarks. It gives us a snapshot of the human capital and social structures that shaped the economy, demography and culture of early colonial NSW at a time when it was evolving from a penal settlement to a sustainable free settler society.

The Census details some of the workings of the convict system, noting to whom and where convicts were assigned or if they were working on road gangs. It documents the emergence of a free settler society with increased immigration (by noting persons who “came free” to the colony) and increase of persons born locally (noting those who were born in the colony). It contains a record of the cultivation of land through the landowners’ returns. Well known historical figures such as Governor Ralph Darling, Surveyor General Thomas Livingstone Mitchell, Elizabeth Macarthur, Mary Reiby, Simeon Lord, Francis Greenway, William Charles Wentworth and William Lawson are included. Its material provides opportunity for studying many aspects of Australian history − convict transportation, the evolution of colonial settlement, local, individual and family histories − as well as aspects of British imperialism and colonial expansion. 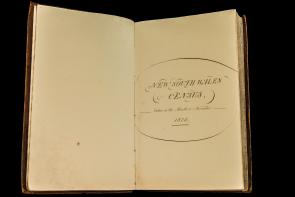